Skip to content Skip to navigation
See our Campus Ready site for the most up to date information about instruction.Campus ReadyCOVID Help
Health Disparities 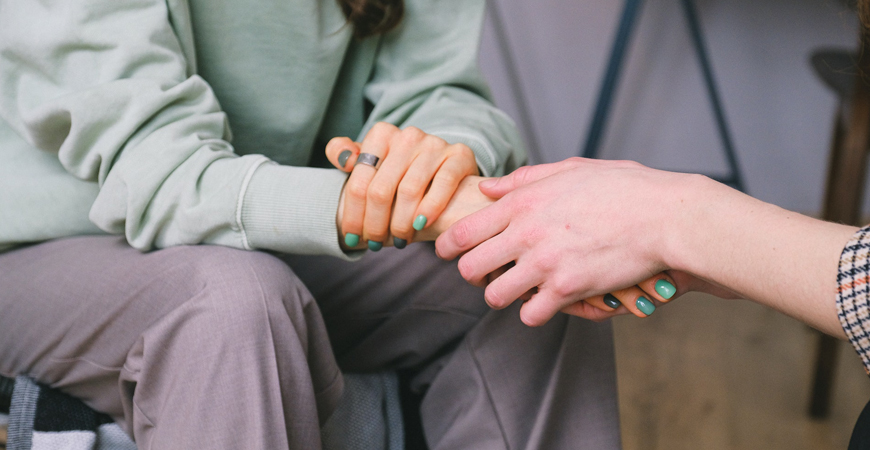 A new study by faculty members and students in UC Merced's Department of Cognitive and Information Sciences takes a closer look at the sympathy people have for one another. The researchers who conducted the transcranial magnetic stimulation (TMS) study found that "turning down" activity in a portion of the brain increases a person's level of sympathy for someone else — even if it is a complete stranger.

Cognitive science Professor Colin Holbrook and his team recently had their work published in the journal Social Neuroscience. A total of 95 undergraduate students participated in the research. Each student had an electromagnetic device placed on their head that stimulated the brain non-invasively by producing a magnetic field over the scalp. This temporarily "turned down" activity in one part of the brain, which in this case was the posterior medial frontal cortex (PMFC).

The participants read two essays written by transfer students. One student was sharply critical of the UC Merced community, while the other student praised it. After reading the essays, the participants were asked to imagine that each transfer student had been struck by a car and injured, and then rate the extent to which they felt sympathetic.

The results showed that down-regulating PMFC increased the participants' level of sympathy for both students. Holbrook explained that similarly to how a car keeps going if you take out the brake, the participants' sympathy was allowed to run free when the PMFC "brake" was disabled.

"There's evidence from different studies showing that we have a tendency to care about other people that is largely automatic — you can think of this as like gas fueling a reflex toward sympathy," he said. "In this study we tried to identify the brain mechanisms which act as a kind of brake to lower the sympathy we feel when learning of the suffering of people we are not invested in. By turning down this brake, we lowered participants' ability to shut down feelings of sympathy when imagining the misfortune of these strangers."

Researchers said it makes adaptive sense that people can feel more sympathy for some than others because if people cared equally for strangers as they do for family and friends, they wouldn't be able to budget the time and energy used for helping.

"We don't sympathize with everyone equally for many reasons," said Holbrook. "Our study reveals some of the mechanisms in the brain that seem to enable us to regulate levels of sympathy. It should be noted that we only need a brake mechanism because our highly cooperative species appears designed to sympathize with others as a default. In other words, part of our mind has to intervene in order for us not to be moved to help."

TMS was developed in the 1980s and has been used in a lot of research. Holbrook stated that it is very safe and has even been used to treat depression in some cases. The version of TMS used in this study takes about 45 seconds, and the portion of the brain that is being studied is "turned down" for about an hour. Participants usually don't feel differently after undergoing the procedure.